Engine Remanufacture for all applications

Remanufacture all types of Fireset Engines 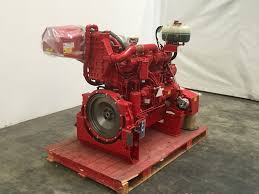 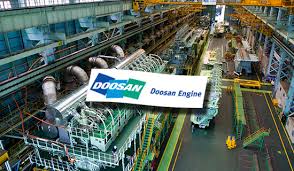 Full members of The Federation of Engine Remanufacturing since 1987.

The FER introduced and monitor what is the Only British Standard in engine Remanufacturing for the word “Recondition” surprisingly means “To repair Only” !

As an active 2020 member of the FER, we are authorized to run a complete engine component machine shop, in order to carry out the complete BSI machining operation; also carrying out calibration of all measuring equipment, such as micrometres and all dynamic power gauges, so that all measurements and operations are fully checked.

The 6 cylinder Detroit Diesel two stroke engine shown was circa 1987, and installed into a well known (soap manufacturers) London based chemical factory. It had given almost 30 years of good service, when a limescale blockage in the cooling line slowed down the raw cooling water; and finally overcooked the engine; and with the site’s insurers actually testing it at the time ; It seriously over heated and seized up on the pistons, snapping & throwing 2 x connecting rods, out the side of the cylinder block!  The sump emptied of black oil immediately and the guys jumped out of their skins! 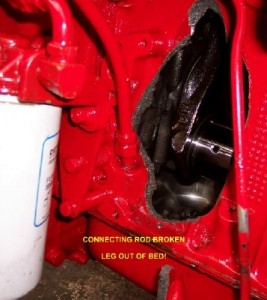 Everyone said “Ah-well that’s scrap”!     But that wasn’t the case.

After being quoted for a complete new pumping set, (approx. £48,000 +) an informed central services engineer  asked what about “Remanufacturing”.

Being a Detroit Diesel

The engine service speed of 2,350 rpm, doesn’t seem a lot comparing it to other 4 stroke engines, but its important to remember, that this is a two stroke diesel; and so this particular 6 x cylinder is actually the equivalent to a 12 x cylinder four stroke engine.

To achieve the 420 bhp, a turbocharger couples onto and assists the standard Rootes blower (Supercharger), pushing up the inlet charge pressures to quite extreme levels, but in 30 years of service a well proven performer.

But we were able to replace the cylinder block, the crankshaft and all of the conn rods and simply “Remanufactured” the complete engine and to BS AU257. and then fully testing in on our Heenan Froude dynamometer.

Within three weeks,  it was back refitted to its plinth in the pumphouse; where it was flow tested for over an hour!
That was many, many years ago, the whole job carried out for less than 10K + Vat.